Whether you’re looking to throw a party at your nightclub on Labor Day weekend or you are planning something closer to the Autumnal Equinox, it can be a huge opportunity to capitalize one last time on the lucrative summer months. Not only do things start returning to normal as soon as fall hits, but having the ability to go out and party start to diminish for the year as well. This means a huge groundswell of support and a jam-packed venue it you play your cards right. Here’s how you go about hosting the perfect “end of summer” party at your bar or nightclub.

The first thing you need to do in order to be successful is to know your crowd. This should be easy if you’ve been in business for long enough. However, few times will it be as important to pay attention to as when you’re hosting a major event or party. When you know who you’re catering to, you can choose each aspect of the party accordingly to draw in the largest crowd possible.

Food and drinks alone won’t fill your bar or nightclub during a competitive season like this; you’re going to need entertainment. At a minimum, you’ll need to hire a locally recognized band or DJ to get people in the door and boost the energy of your party. Not only that, but you should consider having other activities such as dart competitions or trivia games to help make it a bigger deal. If all else fails, you could consider handing out items like LED foam sticks that will increase the energy of the crowd. The more the crowd moves, the more likely they are to need a refill! 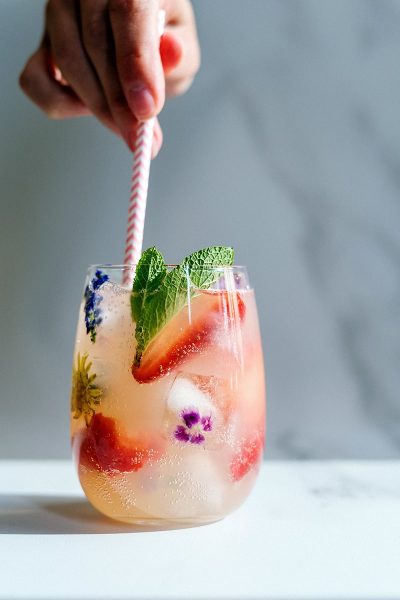 Offering drink specials not only brings in more guests, but it can increase the size of each check. Make sure you have a great beer and cocktail special on the menu, and also consider crafting a special cocktail just for the party (even if it’s just a twist on an existing classic). People love to try new cocktails, so this can be a great way to ramp up revenues.

If you want your end of summer party to be profitable, you definitely want to charge a cover. Your customers are looking for an experience, after all. So, if you provide something fantastic they will always be willing to pay for it. We aren’t talking about a huge cover here; just something between $5 and $10 will do. You can even give them a drink ticket or two to offset the cost of admission. Best of all, then it is equivalent to having a two drink minimum policy.

There’s nothing like a party to make people want to stand out in the crowd. As such, offering bottle service should be a no-brainer. Since it’s likely to be crowded, avoid using normal items like bottle sparklers that could cause issues. Instead, consider having an announcement made over the PA system to make the customer feel special. If you still want the “sparkler” look, you could consider something like LED sparklers instead. They are much safer, but they offer an awesome show at the same time.

Lastly, you’ll need to advertise your end of summer party in order to get people in the doors. This is where the entertainment, games, and drink specials become so important because that’s what will generate buzz on social media. With the proper party elements in place and the right exposure, you can expect to see a pretty great turnout.

Overall, giving your customers what they want is more important than what you charge at the door. You’ll need a good mix of fun, entertainment, and good values at your end of summer party in order to be successful. However, once you start hitting on all cylinders you can repeat the party every year. With any luck, you’ll even have increased turnout and enthusiasm from your customers.