The Rise of Beer Cocktails

Things have been changing pretty drastically in the bar and nightclub business recently; and not even beer drinkers are immune to this wave of change. It used to be that you could rely on your beer drinkers to order the same tap or bottled beer on regular basis. Occasionally, you may need to add a couple of large green olives or a shot of tomato juice. However, the new generation of drinkers has a much more elaborate and discerning taste. Essentially considered the “mixology” of beers, the rise of beer cocktails is well at hand and sweeping the industry like wildfire. Most commonly, there are a few different ways people like to have their beers properly mixed or infused. However, looking at all the possibilities is the first step to mastering the art. Let’s jump right in.

The first method of creating beer cocktails is also the oldest; mixing two beers together to create one new “super” beer. This practice has existed for well over a decade already. However, the recipes have become more elaborate and the frequency that they are ordered has gone up drastically. Classic versions of mixed beer cocktails include the famous “black and tan”; which is an Irish stout (typically Guinness) and pale ale mixed in equal parts. Other popular choices include variations such as the “black and blue”. This beer cocktail substitutes Blue Moon for the pale ale. Lastly, there’s the “black and brown”; which uses brown ale instead of the pale ale. There is literally a list of hundreds of combinations, so you may want to study up to better serve your clientele. 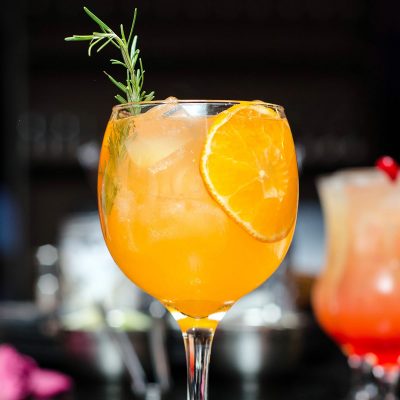 Beyond mixing two or more beers together to create a unique flavor, people are growing very fond of actual beer cocktails that combine beers and liquors to create completely new drinks. A classic example of this is known as the “Belfast car bomb” which mixes Guinness stout, Bailey’s Irish cream, and Jameson Irish whiskey together to make a shot that is unlike anything else you can buy. But recently, customers have gotten more adventurous and start using beer in place of standard mixers like cola to create beer and whiskeys, beer and rums, and beer and tequilas. One of the more popular variations mixes apple flavored ale with Jack Daniel’s whiskey to create an “Apple Jack”.

With so much popularity and so many variations out there, many companies are capitalizing on this new trend to drum up more profits. There are even companies that are releasing premixed versions of these beer cocktails! Most commonly, you’ll see beer mixed with margaritas or with clam and tomato juice. However, there are even fortified beers that have liquor added directly to the batches before bottling or canning! You can even buy premixed versions of beer combinations such as black and tans; which usually come in larger jugs that contain more than one serving. These premixed versions are already out there on the shelves ready to purchase. However, you can make a lot more money by mixing them yourself right at the bar.

Every great cocktail needs a proper garnish. First, you can do something edible like an apple or orange slice. Second, you could do something classic like a paper umbrella. Lastly, you can do something with “wow” factor such as using bottle sparklers to showcase them behind the bar. Whatever you choose, make sure it fits the flavor profile perfectly. Remember, we taste with our eyes first!

As the availability of beer cocktails and premixed beverages rises, more and more customers will show up seeking them rail side. This can be a great way to draw in the younger demographic and also earn higher profit margins. Make sure your bartenders are properly trained in all the latest beer cocktails. That way, you can ensure they are prepared to satisfy their customers.