Using LED Sparklers on a Cake

One of the coolest things about our product line is that is that they’re so incredibly versatile. Whether you own a club, restaurant, or just use them at home, they can make any experience even better. Just like our nightclub bottle sparklers, LED versions can be used in all of these scenarios. However, using LED sparklers on a cake is where things can really get fun! Whether it’s a birthday, anniversary, or a special dessert at your restaurant, there’s no better way to showcase a special item.

However, some people are concerned about the idea of using Led sparklers on a cake for a variety of reasons. From food safety to wrecking their items, it’s understandable why some people would have concerns. However, let me put your fears to rest because there is no cause for alarm! Below, I’ll tackle each concern and answer the questions that are on your mind.

Is Using LED Sparklers on a Cake Safe? 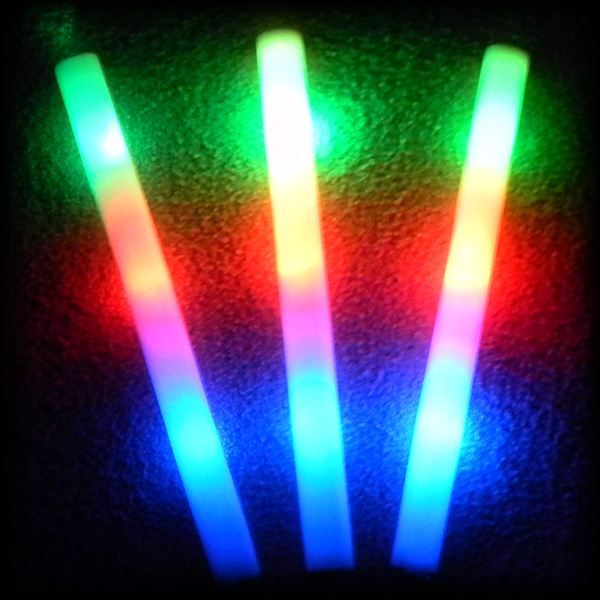 Safety is usually the main concern our customers raise before putting items on their cake. Fortunately, since there is no open flame, the dangers are minimized from the onset. However, they do contain batteries; so that is a concern as well. Fortunately, the design of the wand keeps anything from entering the battery compartment. Furthermore, since they use coin cell batteries, the risk of battery acid leaking is almost zero.

Additionally, the other safety concern is the plastic that they are made from. Many people are terrified of BOA and other toxins leaching into their food, so it’s an understandable concern. Fortunately, all of our products are made from food-grade plastic to ensure a safe experience. Whether you attach them to a bottle or put them on a cake, our premium LED bottle sparklers won’t harm a thing.

Will Using Them Damage the Cake or the Sparkler?

Of course, some people are more concerned about the cake and the sparklers than they are their own safety. As I mentioned, these are made from food-grade plastic; so you don’t need to worry about tainting the cake. However, it will leave a rather large hole where you insert it through the frosting. The holes will be larger than what you see after pulling out small birthday candles. However, it won’t affect the taste or structure of your delicious dessert.

Similarly, people may be concerned that the frosting will damage the internal components of their LED wands. Fortunately, these were originally designed to be used with champagne; meaning they are made to be liquid-resistant. Though they are not intended to be submerged, the design will keep frosting out without exception. Just be sure to use a washcloth to wipe them clean and disinfect them. Never submerge them or run them through the dishwasher and everything will be okay.

Reasons to Decorate a Cake with LED Sparklers

There are many reasons to have cake at a venue or event, and decorating it is common practice. However, most people use colored frosting, sprinkles, or candles to dress things up. Using LED sparklers on a cake is not quite as traditional, but it produces even better results! Here are some reasons to decorate your confection with these items.

Alternatives to Using LED Sparklers on a Cake

While some people value LED sparklers as decorations, they can be a bit too much for some people. Whether it’s the price tag or they just light up too much, it’s important to have alternatives. Here are some popular choices if you want to skip the light show.

Should I Choose Regular or LED Sparklers for My Cake?

Comparing regular sparklers versus LED versions may seem easy because they are such different products. However, each version has a place depending on how you’re celebrating. Overall, most people only choose and LED version if there are laws prohibiting fireworks in their community. Nevertheless, they are still a very popular option. Just make sure you do your research before using LED sparklers on a cake. If you weigh your options carefully, it should be easy to make the right choice. Good luck!

About the Author: Sparkler City

Sparkler City is committed to providing the highest quality items in the industry. Our goal is to help bar and nightclub owners increase their profits by driving more bottle service package sales. Adding bottle sparklers to your presentation will allow you to sell more packages at a minimal financial investment. It's possible to see a sales spike of up to 30% if all of the conditions are right. Every VIP likes to be the center of attention, and our products will do that very thing.